Since I didn't get internet last night, here's an update on yesterday.

We drove into Venice in the morning. Though Venice is probably the next most talked about city in Italy after Rome, it really did just look like the Venetian in Las Vegas but dirtier and with a real sky (that's not a dim pink). Don't get me wrong, it is very beautiful being surrounded by water and made up of centuries old architecture, but you can tell that it knew better days. What used to be the richest city in the world is now just a tourist attraction. Only about 30,000 people actually live in the city; the rest of the people commute in for work. At Venice, we walked around the city center. Pigeons, seemed to be the main attraction since for some unknown reason, the pigeons in Venice are not afraid of people. As I'm not a fan of animals in general, I found myself doing a lot of ducking and running to avoid having any pigeons poop/land on my head which I saw happen to a number of people including my grandpa and brother. We also checked out a glass-making factory. Back in its hay day, Venice was well-known for its glass, being the only area in the world that knew the technology to make it. Lastly, we rode the gondolas through the river streets. As we rode through, I noticed a lot of rundown homes due to the city itself actually sinking. Whoever hasn't visited Venice yet, come sometime during your lifetime. The city will have completely sunk beneath the sea in about a 100 years.

Next was Milan. This was the first city we visited in Italy that didn't just feel like a tourist attraction. When I walked about the city center, I saw actual Italians all around instead of the usual Asian tourists. In the midst of all the shopping, there stood the Milan cathedral, Duomo di Milano. It's a gothic-style cathedral that took SIX centuries to complete. It's probably one of the insanely amazing cathedrals I've seen yet, though I feel like it may be a bit blasphemous to have Samsung ads hanging on outside of the cathedral. I wanted to go inside, but unfortunately, they have similar rules to St. Peter's in the Vatican - no"slut" clothes. My short shorts didn't make it through security. :( So instead, I walked around the outside and got some Burger King shortly after which cost me and my family a whopping 40 euros! I don't recommend Burger King in Italy. Lastly, we explored the first shopping mall which was located right next to the Burger King and the Duomo di Milano. The flagship store for Prada is located inside this mall. I wonder when I'll be able to afford nice things again...haha.

Since I don't know how to format using my iPhone for blogger, I'll post today's events in a separate post. In the meantime, here are pictures from yesterday.

Also, here's a little bit about the random little boy in a couple of the photos. His name is Darren, a really tall 12-year-old that's also on the tour with us. His mom is one of those annoying Chinese mothers that likes to snap pictures every 5 seconds, laughs like Spongebob Squarepants, and wears Coach sneakers with her outfit that looks like she got from Chinatown. Nice lady but I feel bad for the kid. He looks miserable most of the time, except for that day in Venice when my brother and I hung out with him. His mom also frequently runs off without him when she gets too excited about something - such as shopping for Gucci bags. On another note, the thing next to the toilet in the 3rd to last picture is for butt washing. It seems like a lot more work than simply washing your butt along with the rest of your body in the shower. 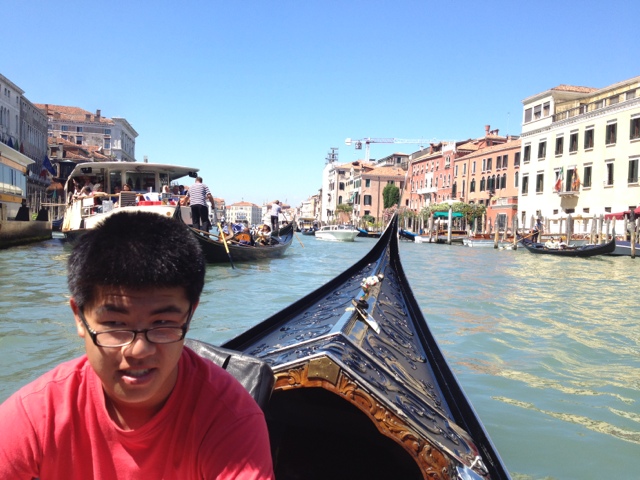 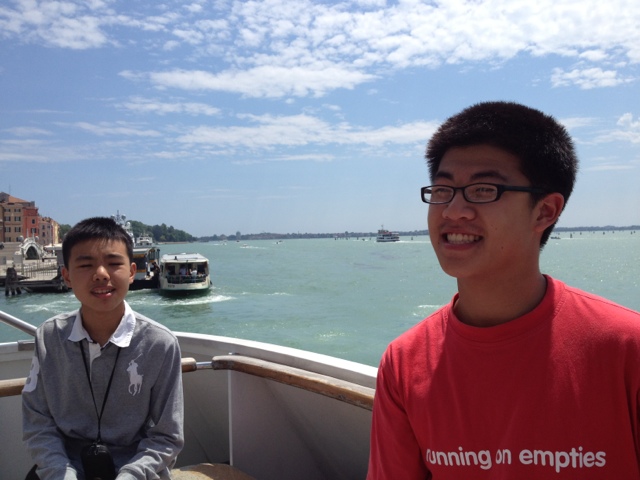 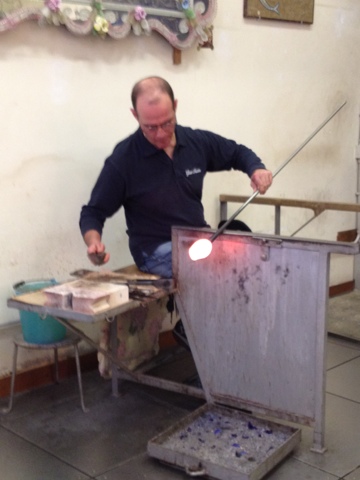 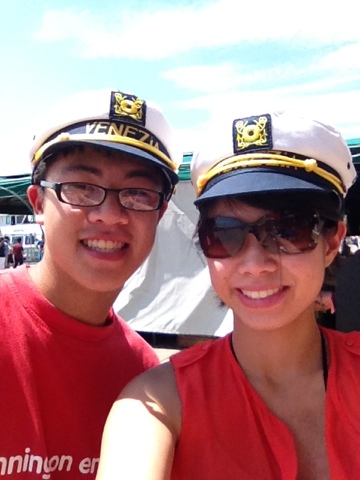 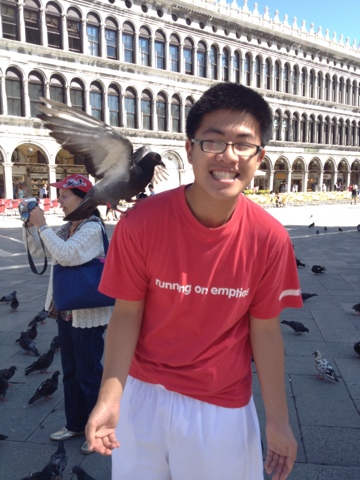 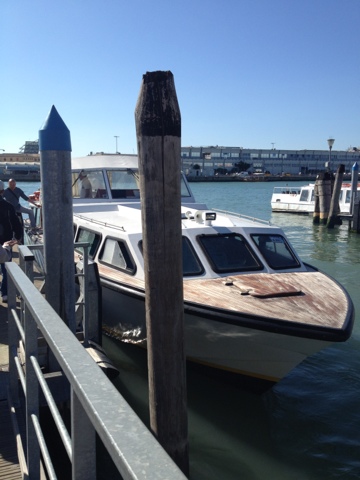 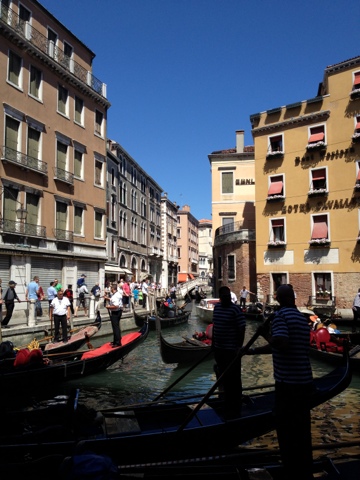 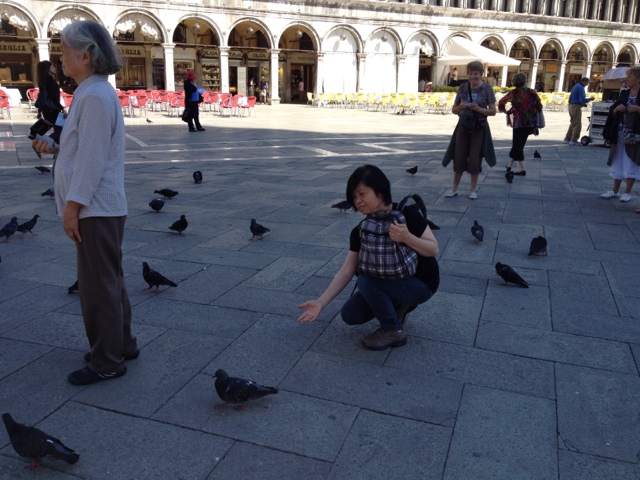 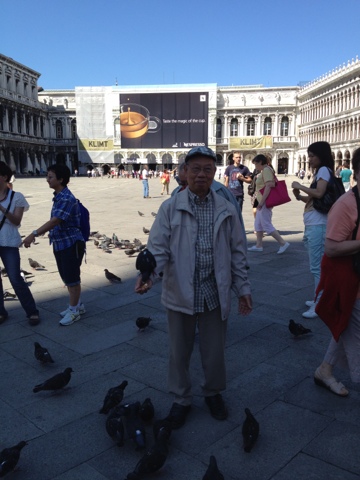 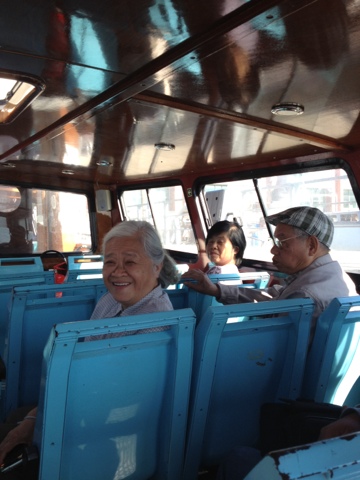 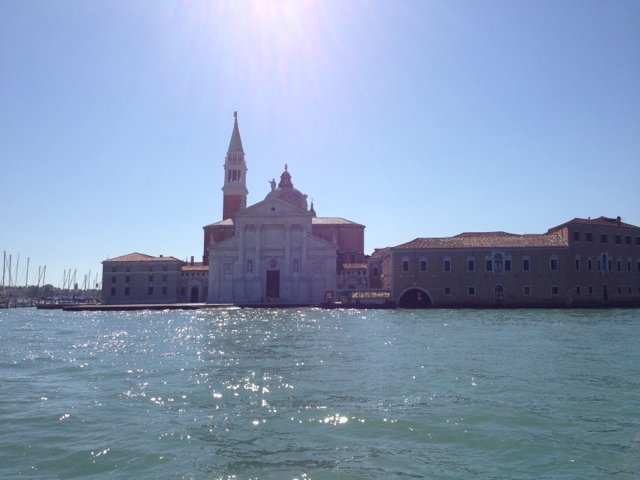 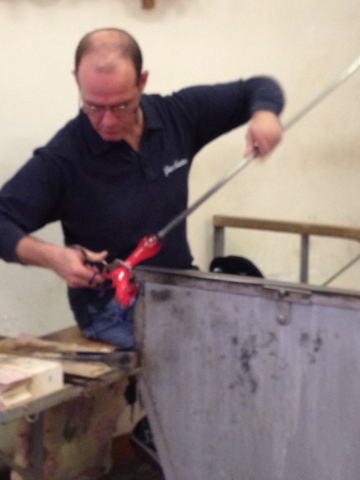 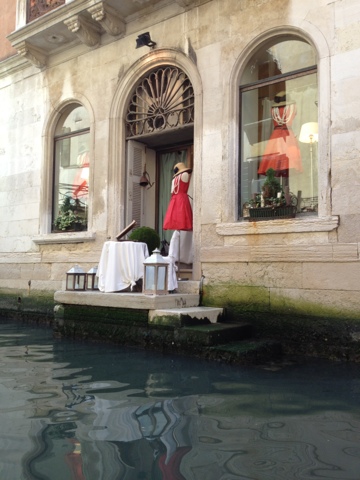 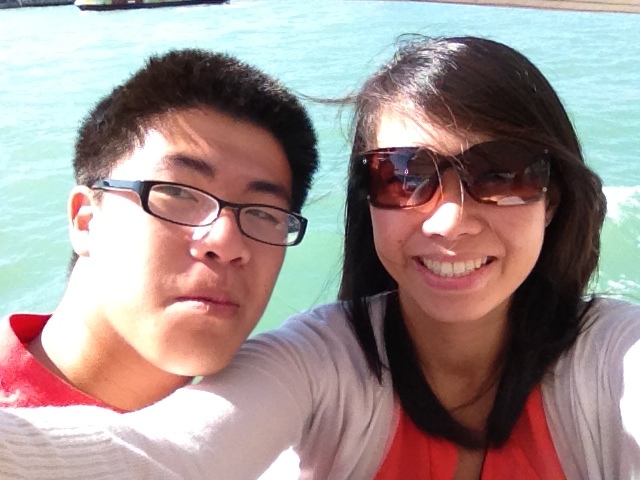 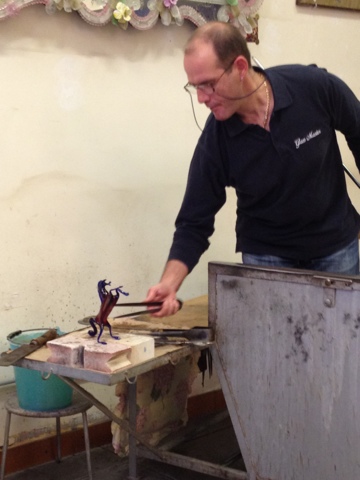 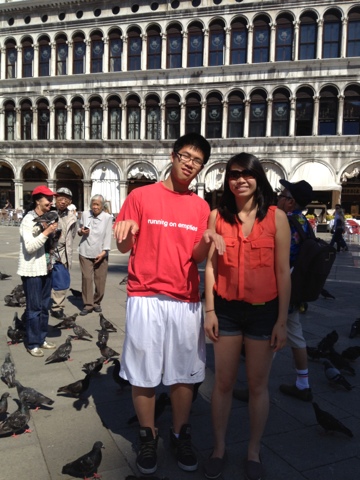 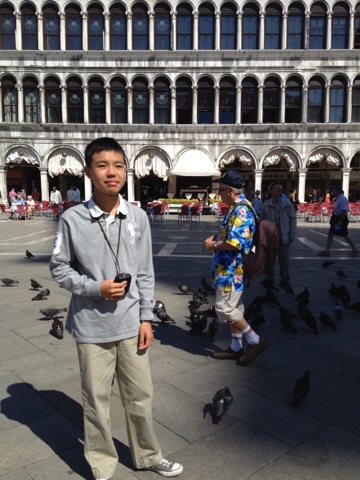 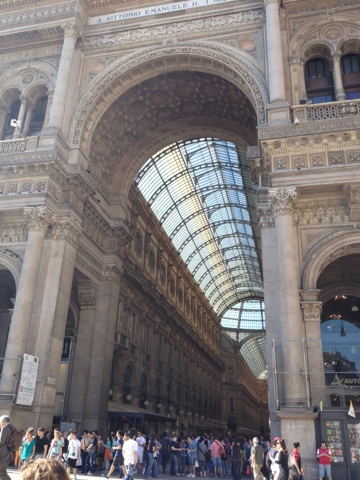 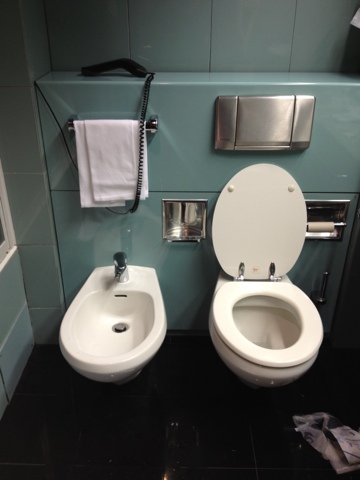 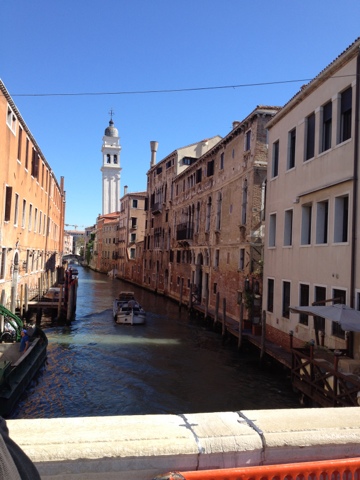 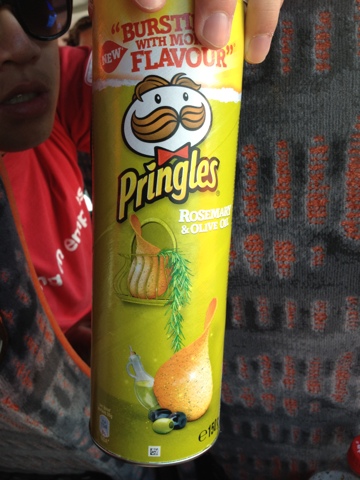