First stop today was to the city of Pisa, home of the famous leaning tower. It wasn't as grand as I had expected. Pisa really is just a small city with nothing in it from what I could see except a pretty cathedral and the leaning tower. The leaning is caused by the fact that the tower is built on soft ground. About 15 years ago, it was calculated that at the rate it was sinking, the tower would crumble in about 100 years so renovations were made to the foundation. Unless there is an immense natural disaster, the tower should remain stable indefinitely. Typical of our tour guide, he told us that we should all take pictures with the tower at a particular angle so it would look like we're sucking cock...I'm glad my grandparents don't understand what that means. Being super conservative, I can't imagine they even know what that even means...My brother and I did our own versions of interesting pictures with the tower which you can see below. Our tour guide also kindly pointed out the penis pasta that was being sold by the street vendors. Of course, a lot of the elderly Chinese people in my tour did not understand why the pasta was so fascinating to our guide. He is so freakin' inappropriate! It was pretty funny though. A lot of obscene things are sold on Italian streets.

Next stop was Florence where we visited the city center and the Basilica of St. Mary and the statue of the Jewish king, King David. The city of Florence is super green; hence, buses are not allowed within the city, most people drive smart cars, and there are electrical outlets all over for electric cars to plug in. The streets are paved with stones as are with most of the cities in Italy I've visited so far. Imagine, narrow, cobblestone streets, little shops, mom and pop restaurants, hundreds-year old buildings, and landscapes that look like they're straight from a movie. (If anyone has ever seen the terrible Star Wars movies, episode II and III, most of Florence looks like Padme's home planet. I believe those films were filmed in Italy actually) For lunch, we went to our first Italian sit-down restaurant. Firstly, they charge a fee just to sit in the restaurant. 2 euro per person! Europe is super expensive but it was another nice break from Chinese food.

So this blog is turning into a memoir of how gross and inappropriate our tour guide is, but another thing he talked profusely about was the penis of King David. He talked about the difficulty Michelangelo had in sculpting it. How the size of it is the standard in which we should measure our significant other's...and yeah...super awks. Once again, you don't talk about measuring cock in front of a bunch of old Chinese people. My grandpa was not amused.

Since our guide is super gross, I've started to tune him out a lot - laughing secretly with my brother at all the ridiculous things he talks about (such as using Dan Brown's FICTIONAL works for historical facts), reading, or just napping. I'll definitely need to do some reading of my own since I'm actually interested in the historical background of all the places I've visited.

Next on the itinerary - Venice. And now, pictures from the day. 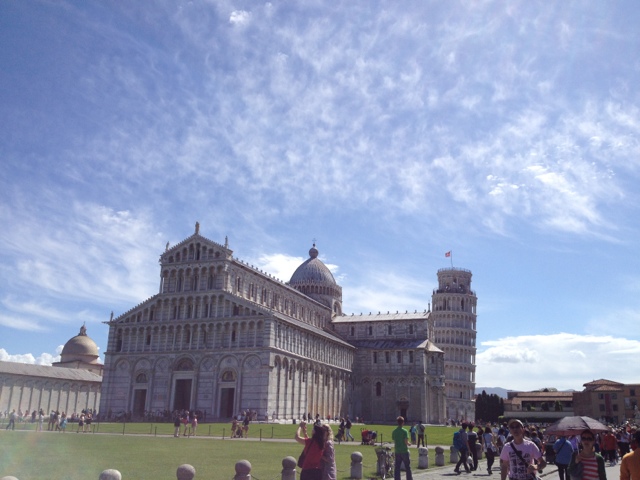 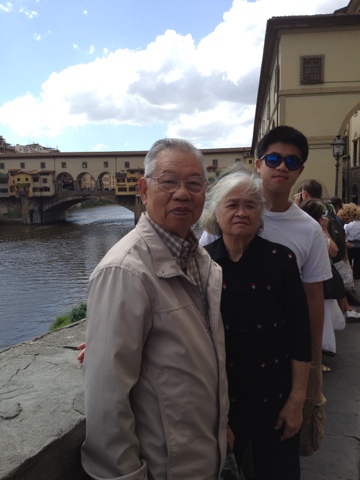 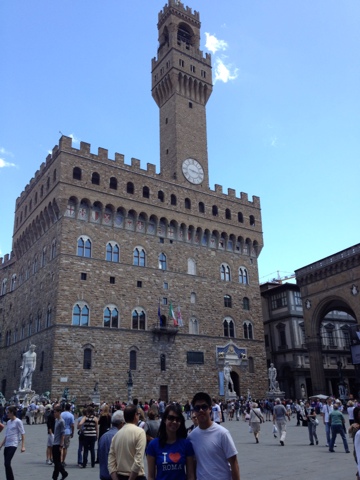 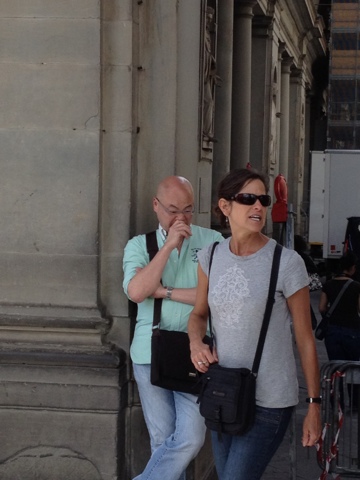 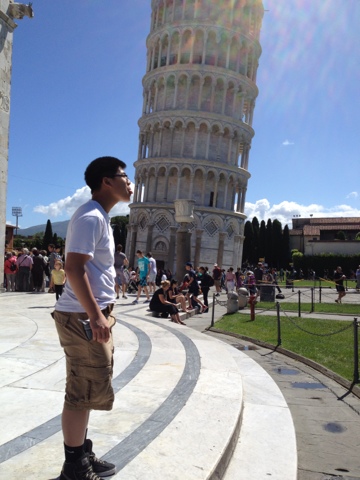 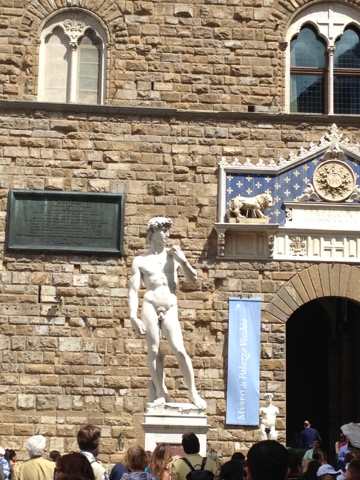 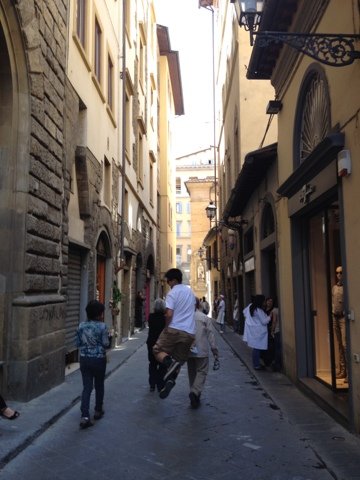 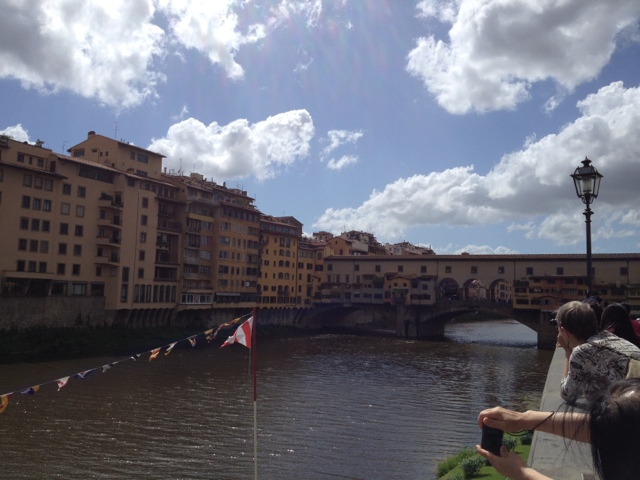 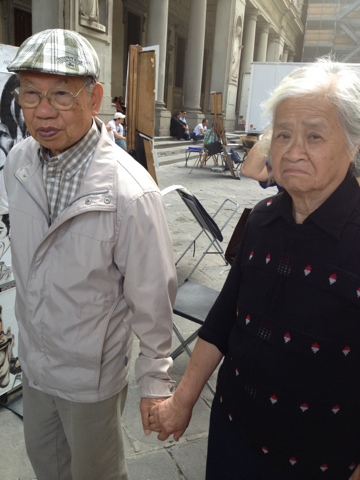 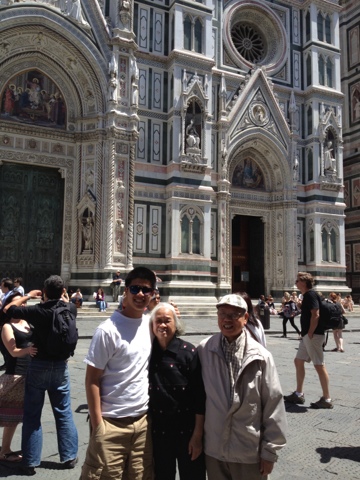 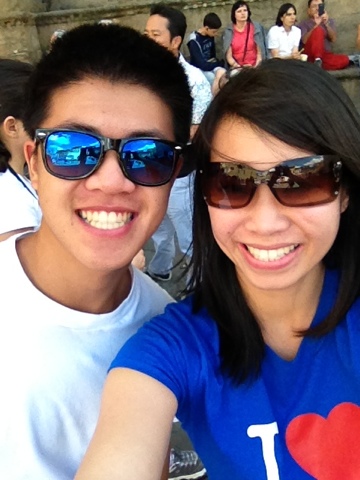 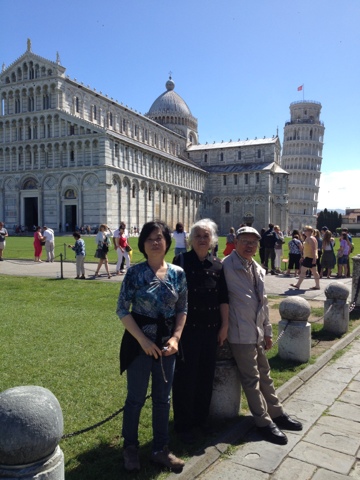 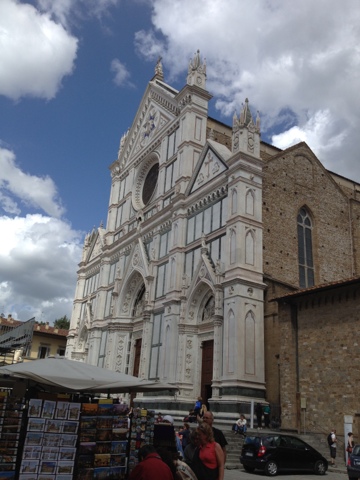 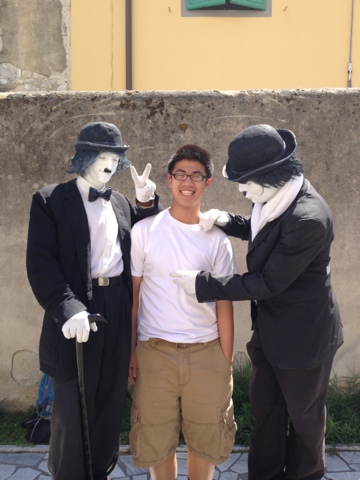 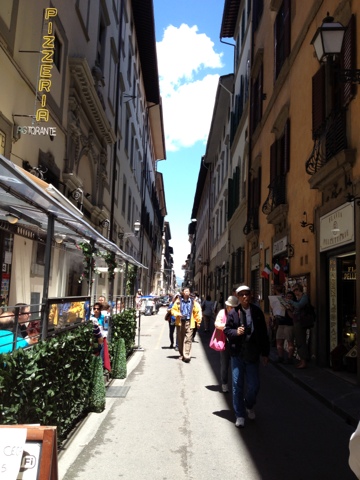 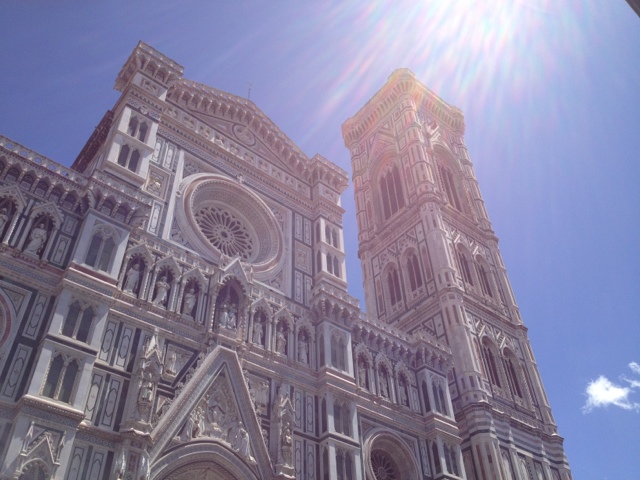 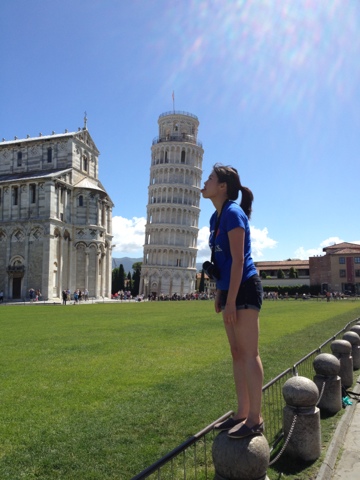 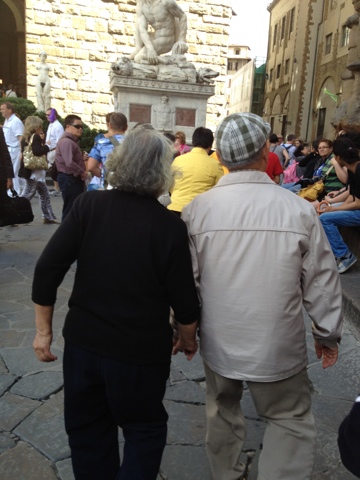 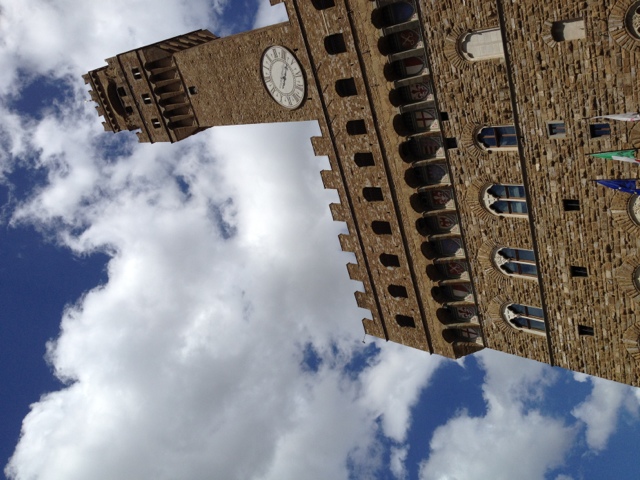 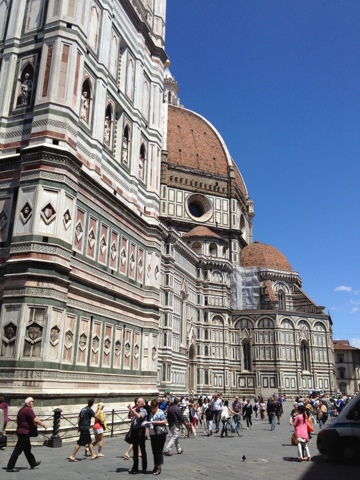