It's been a long couple of days with A LOT of traveling starting early Friday morning. That morning, the tour guide (who's name btw is Leon so I don't have to keep typing out tour guide) had us on the road by 7:30am. The drive to Paris from Luzerne took most of the day. In true Leon fashion, he can't go a day without doing something completely weird or inappropriate, so during one of our rest stops, he purchased the movie, "Taken", for our viewing pleasure. After dedicating the movie to me, he started the movie which is basically about a father played by Liam Neeson who goes to Paris to search for his 17-year-old daughter who has been abducted and sold into sex slavery. GREAT movie to watch while en route to Paris...ESPECIALLY GREAT movie when you're an American girl about to travel alone. Thanks Leon!

After arriving to Paris, we did an extremely rushed tour of the city, stopping at all the major tourist landmarks in 10-minute increments to snap photos. After sundown, we took a boat tour on the Seine River. It would've been nicer if we weren't all so exhausted from the 10-hour bus ride, cold from the rainy weather, or actually knew what we were looking at. Thankfully, I'll be back in Paris towards the end of my trip to meet up with local friends and actually get a more authentic experience. (We ate Chinese food that night as well)

The next morning, we woke up bright and early so my family could catch their flight back to the States as I set out to Rotterdam, Netherlands. I got a ride to the airport with my family thinking that my ticket was for the station at the Charles de Gaulle airport. Of course, that was not the station so using the little French I could remember from my language courses in high school, I was able to get enough information to figure out how to buy a metro ticket to the correct station, and from there, figure out where to go. For anyone that ever travels to Paris, just know that the Paris Nord station which is near the center of the city is quite confusing. I tried my best to not look like a tourist, but I was still approached by a girl who wanted me to sign some sort of form. I quickly walked away now knowing all the things I've learned from the movie, "Taken."

After reading and sipping my "large" cup of coffee for 4 hours, I was on the train finally on my way to Rotterdam. However, due to "an accident involving a person", my train was delayed for another 1.5 hours. I was later told that there are frequent suicides on the rails, quite similar to Caltrain back in the bay.

So a little about Rotterdam: It's a modest-sized city with quite a diverse population. Besides the Dutch Caucasians, there are large numbers of Moroccans and Chinese. The Dutch language sounds like a mixture of German and English, and during my immensely long journey over, I was able to study and learn a few Dutch phrases. "How are you?" in Dutch sounds a lot like "I hate you." The buildings here definitely have that old-European style that I've seen in a lot of the architecture in England and France but less pronounced. My favorite part of Rotterdam, however, is the lack of tourists. Finally, I'll get to live like a native Dutch person! :D

At night, my friends and I went to a local Dutch restaurant and feasted on meatballs, fries, and Dutch beer. Yummy but very heavy. Afterward, we all headed to Hong Kee's house to watch football (soccer) and hang out. So I can just use people's names in future posts, I'll introduce my friends in the Netherlands. Sidney - She was my dormmate and classmate when I lived in Shanghai back in 2009. Brandon - Sidney's husband. I went to their wedding last year in Las Vegas. Hong Kee - Brandon's brother who I met last year at the wedding. Lindsey - Hong Kee's fiancee who I met last year as well. Geana - Brandon's sister. And finally, Nate and Alan - old family friends of Brandon and Hong Kee. 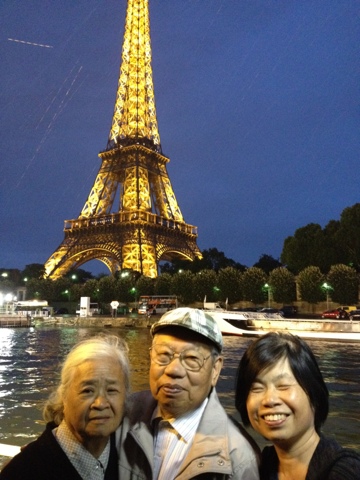 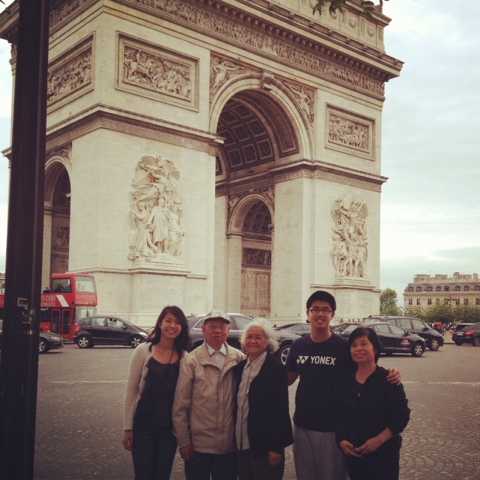 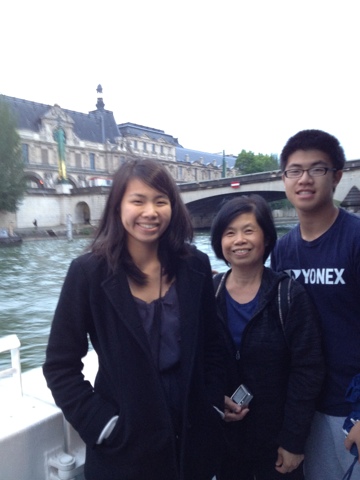 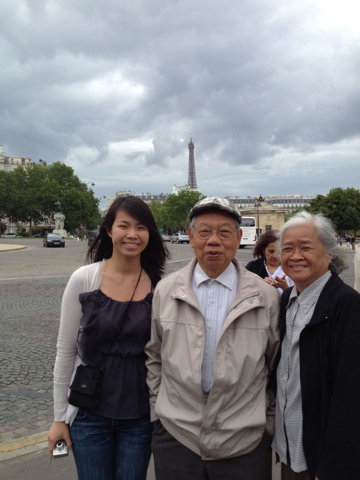 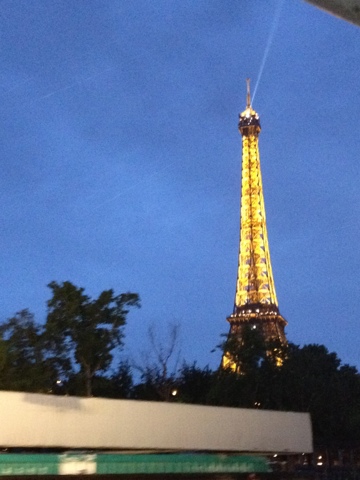 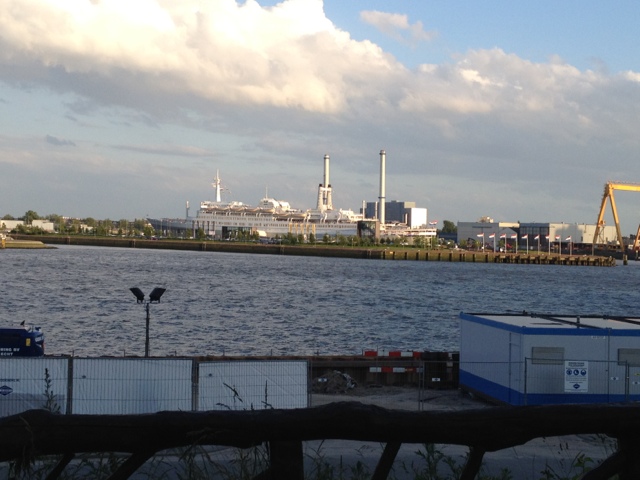 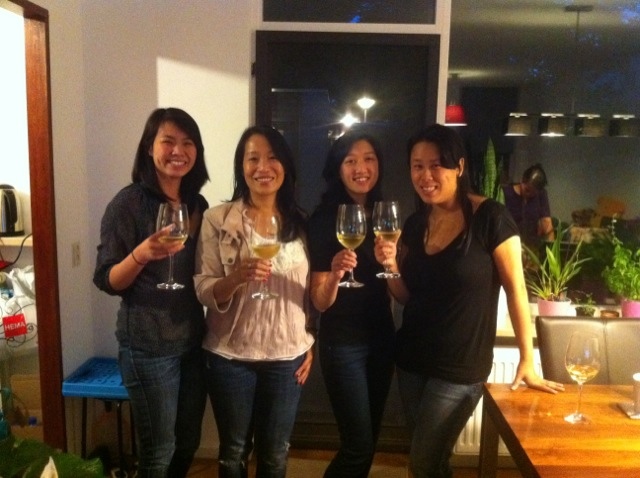 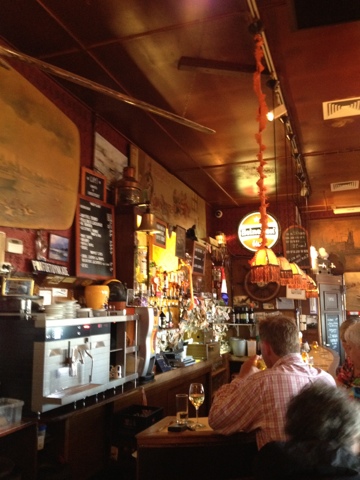 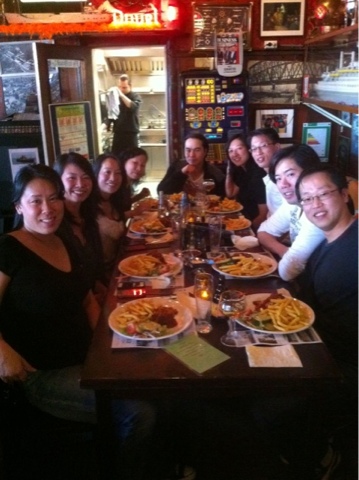 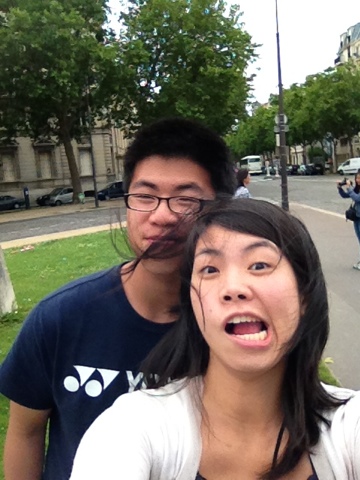 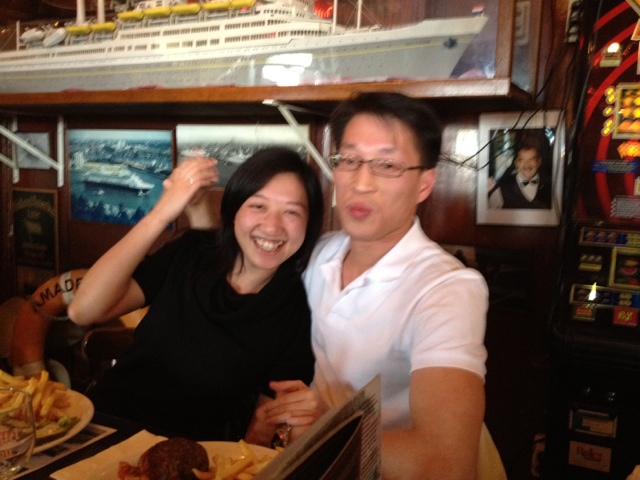 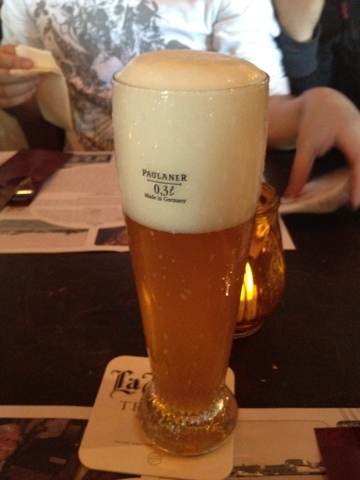 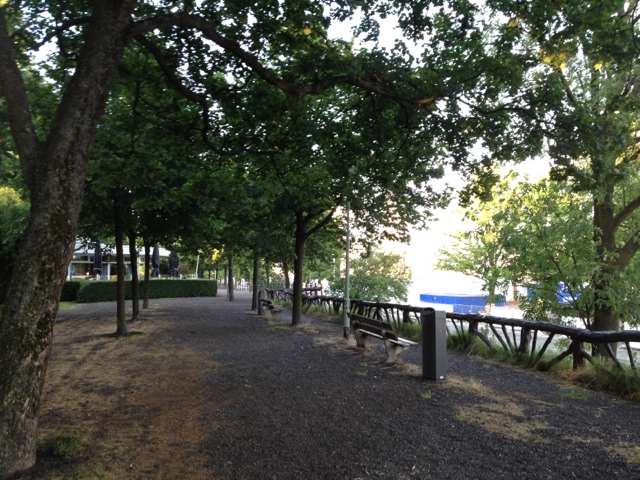