I didn't have to wander around alone yesterday thanks to Lindsey! We spent most of the day in Leiden, a town that the Pilgrims once lived in for a short period of time before their journey to Plymouth Rock. It's really cool to be visiting all the places that I used to just read about in history textbooks. We visited a house that had been in Leiden since the Pilgrims. Although it was only a home to one of the church clergy, it had been visited by a couple Pilgrims and now serves as a museum for them. The museum only consisted of 2 living quarters, but it was a very intimate setting meaning only the museum curator and a few of us visitors were there so we could touch everything, play around with the old items, and what not. There were some old 14th century books that the curator just opened and held like any regular book. When I used to work at the biological sciences library in Berkeley, I remember there were whole rooms dedicated to old books. The rooms' temperatures and humidity were carefully regulated to help preserve the books. The pilgrim books were simply laid out on the table and they look in the same condition as those heavily cared for books in Berkeley. I wonder if the curator knows he should handle those old books more carefully...

There was also an open air market along the river with a lot of FREE SAMPLES! It was like Costco with a European twist. I got to try all sorts of cheeses, olives, and even raw herring. In the Netherlands, a popular dish is a raw herring eaten with raw onions. It was GROSS and the taste of raw herring remained in my mouth for a few hours after.

At night, we had dinner with Sid and Brendan. Since the weather is rarely nice in Rotterdam, everyone was sitting outside to eat, enjoying the good weather. However, there were so many BUGS! They were in my drink, our chips, and I even found a spider on my lap! I'm not scared of bugs, but I don't like them in the vicinity of where I'm eating. At least it wasn't as gross as the time I was drinking a Coke when a bee crawled out of the can and almost into my mouth. Blehhhh 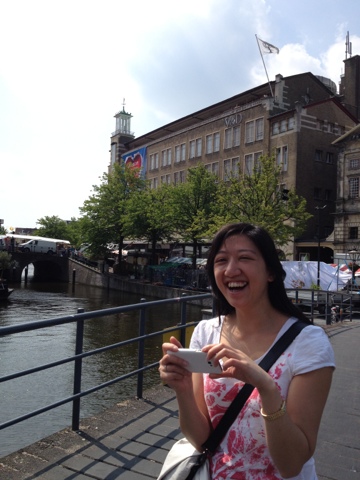 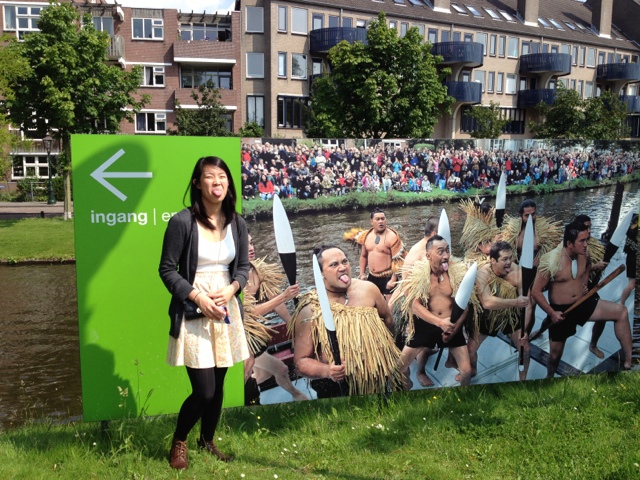