The past few days has been spent quite splendidly - monstering Asian food with Lara (since she doesn't have anyone to eat Asian food with), watching Hana Yori Dango, and of course, touring Edinburgh. It's probably one of the oldest cities I've visited thus far considering new town is made up of buildings from the 1600s. It's also one of the most haunted cities in the world filled with old cemeteries, the underground city which was built over, and sites where flogging and beheadings took place. I was quite scared while on the Mary Kings Close tour even though it's not actually supposed to be scary so I think I may pass on the ghost tours. I don't do well with sudden noises and movements and I can imagine there are probably people on those tours dressed as zombies who jump out at you at random moments.

So far, I've visited the history museum (free), St. Giles, hiked up Arthur's seat, strolled the Royal Mile, attended a Scottish Christian church service, and visited North Berwick which is a seaside town about half an hour away from Edinburgh. It's amazing how much history lies within Scotland, especially being from California, a state that really is barely over 100 years old. Almost every building here is made of stone, looks castle-like, and is probably at least a few centuries old.

The coolest thing I've seen while in Edinburgh is Mary Kings Close. Closes are tiny alleyways/roads that ran through Edinburgh centuries ago, and most of them have now been filled up to make room for newer structures that were built above them. Mary Kings Close is about what's left of the old streets of Edinburgh, and within these streets, people once lived, traded, and suffered the Black Plague so as you can tell, there are supposed hauntings still. I don't believe in ghosts really but it was creepy to walk through dark tunnels through homes of people that probably died on the very cobblestones I was walking about on.

I've also attended a number of films being presented in the film festival. Apparently catching doos (pidgeons) is a sport up in Glasgow. Also, Chinese takeaway (delivery/take out) is very popular in Scotland. They refer to it as "getting a Chinese" that does sound slightly racist. Tonight, Lara and I will be watching a film about prostitution in Guangzhou. Awesome since my parents are from Guangzhou...I'm sure I can discuss that topic with them once I've seen the movie.

I knew that certain words existed in the UK that aren't used in the States, but I have learned a couple of new words that I now know not to use since while normal in the States, are highly inappropriate in Scotland. One if fanny pack. Fanny means vagina here so I definitely made a mistake when talking about my fanny...Another is the word pants. Pants here means panties so when I told Lara my pants were wet after we had just gotten out of the rain, let's just say those around me who heard probably think I'm a dirty slut. Haha.

Now for some pictures: 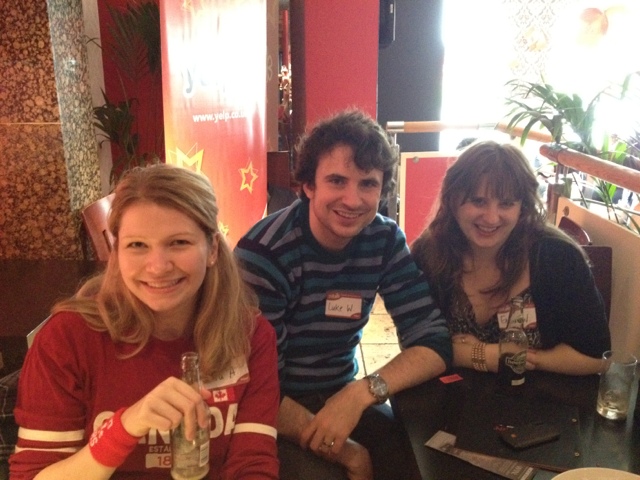 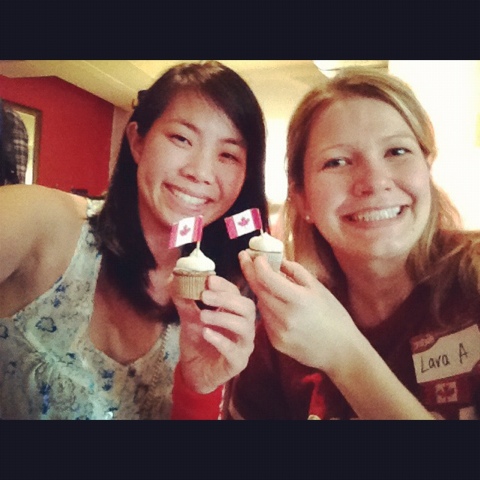 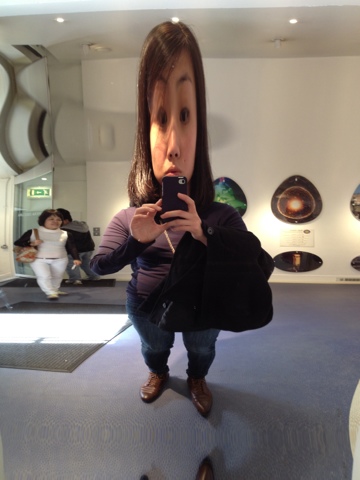 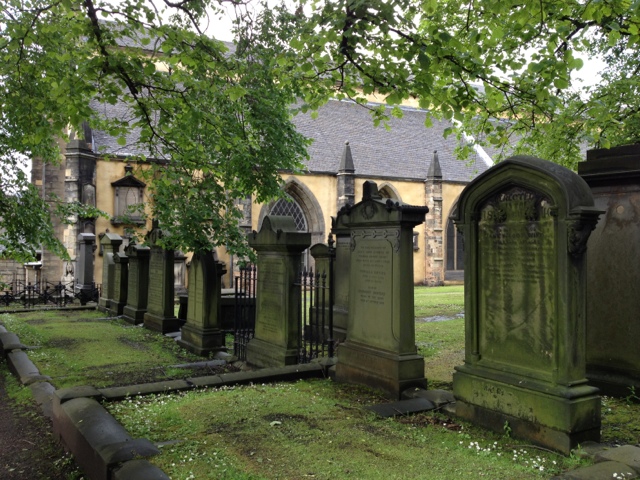 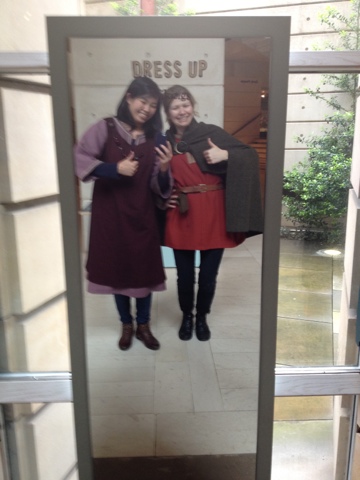 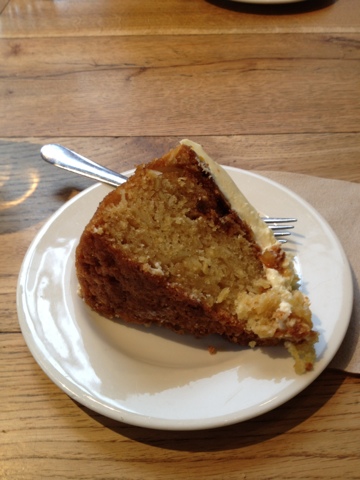 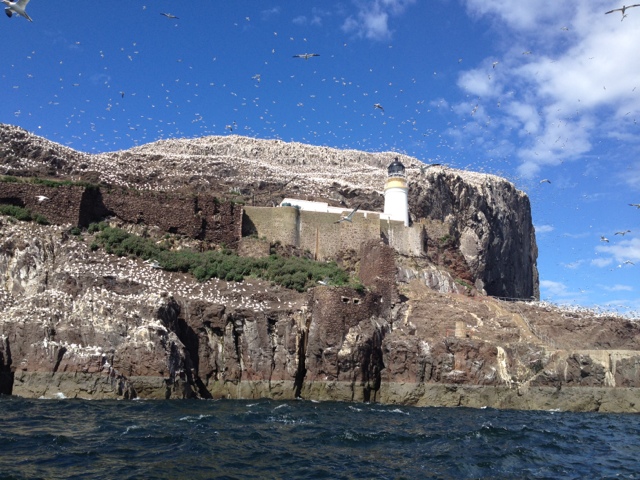 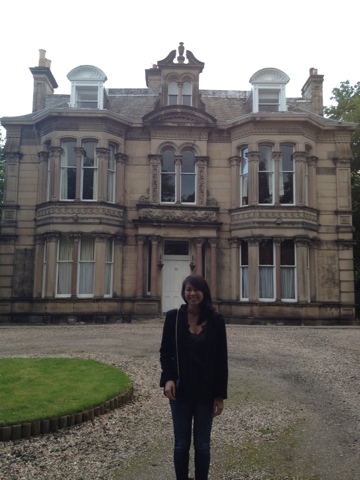 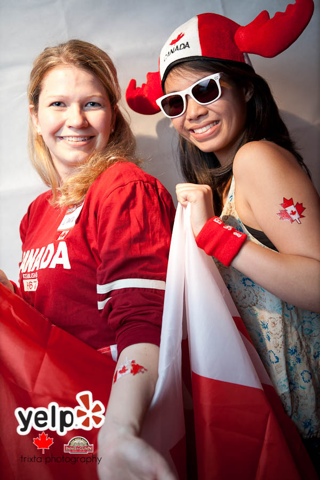 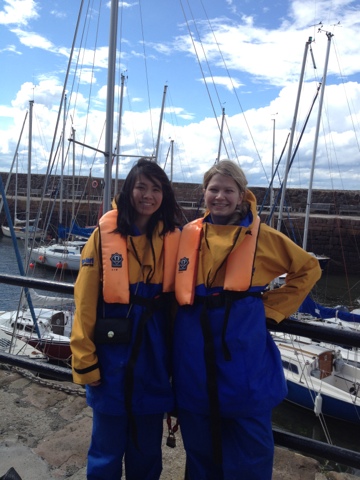 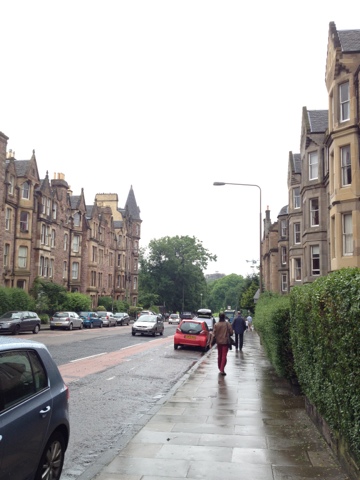 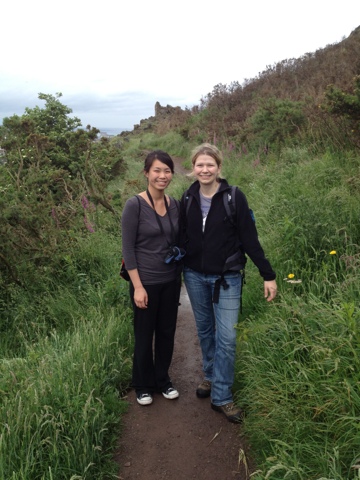 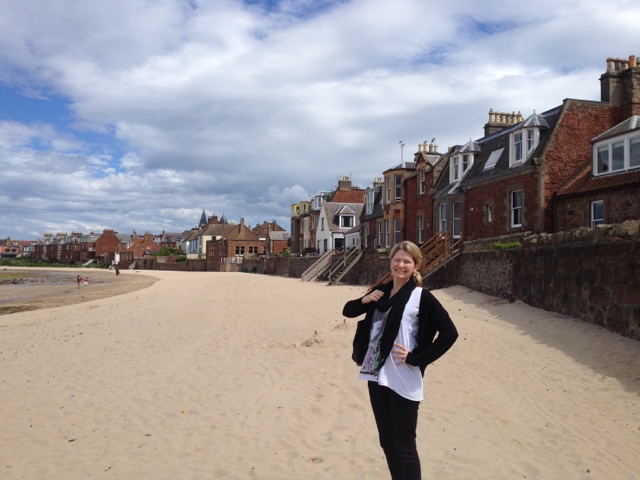 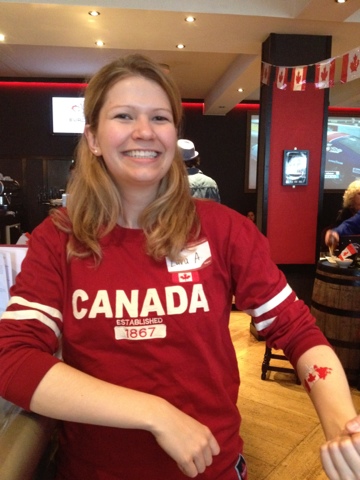 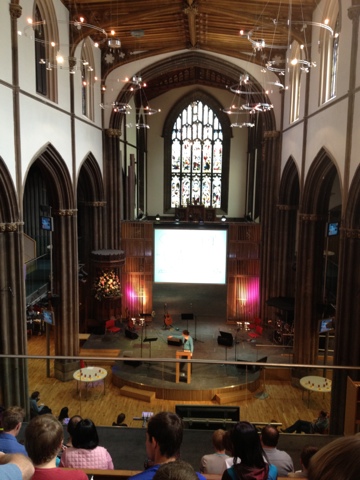 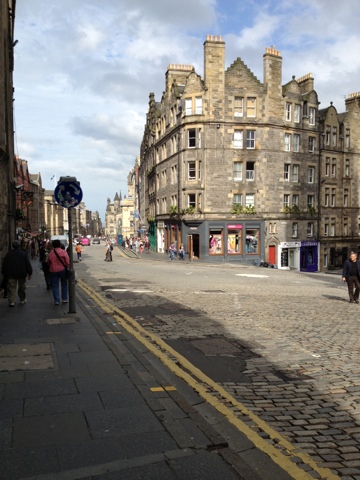 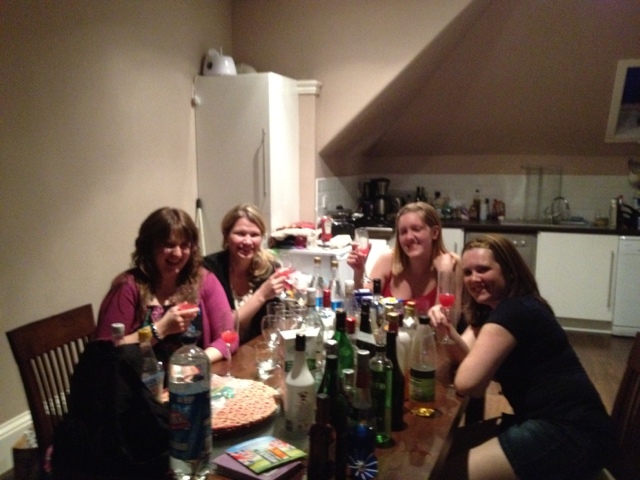 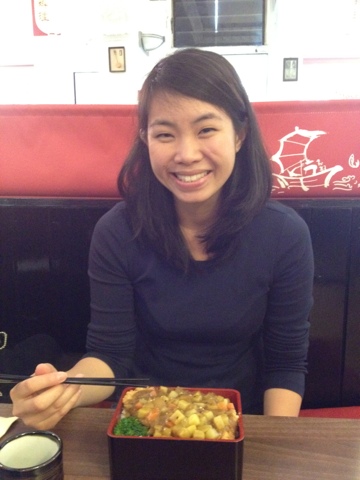 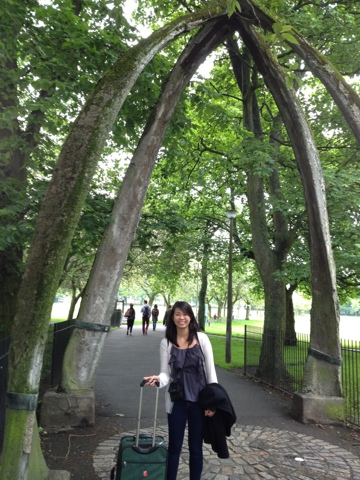 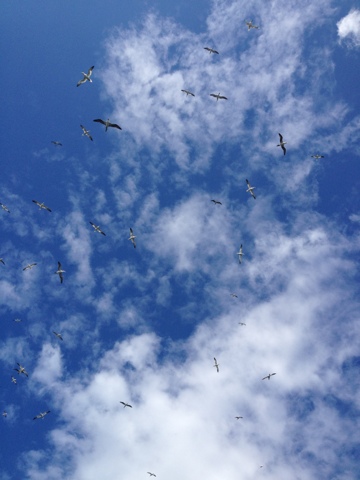 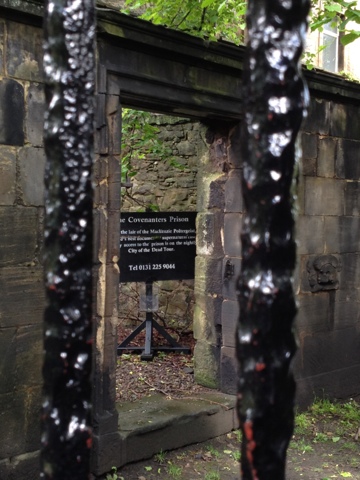 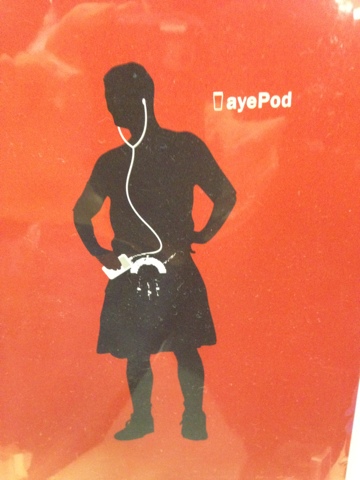 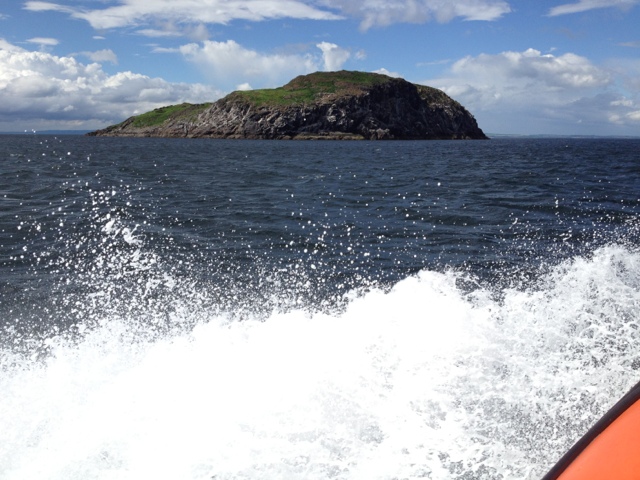 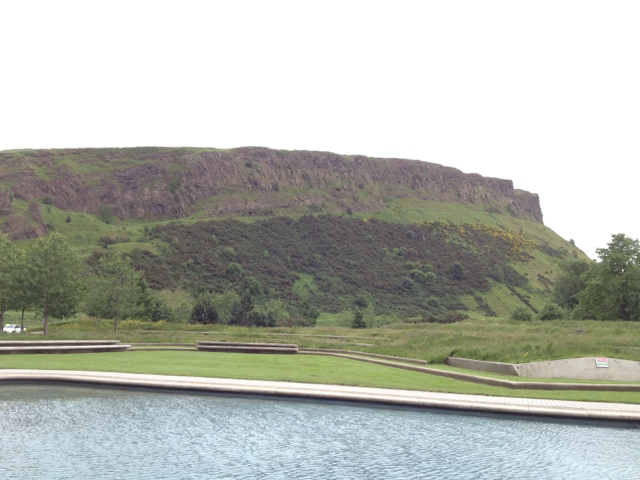 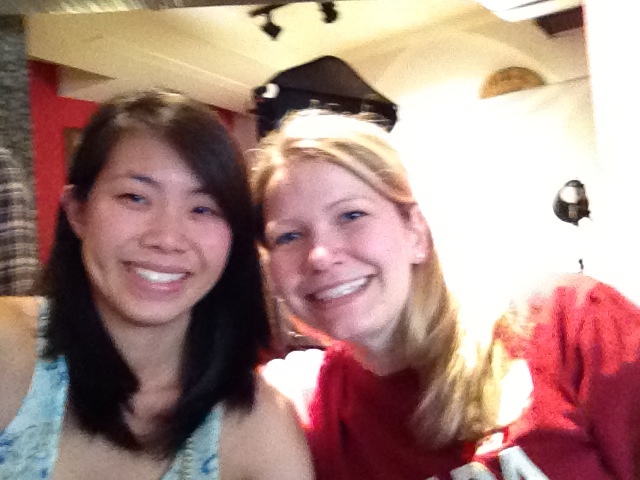 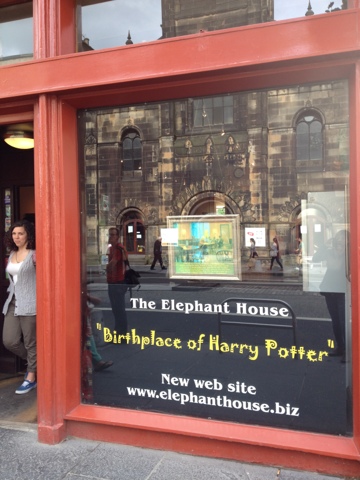 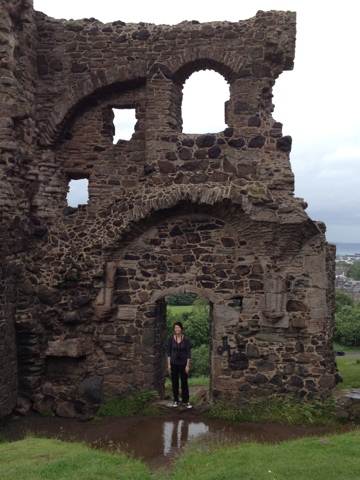 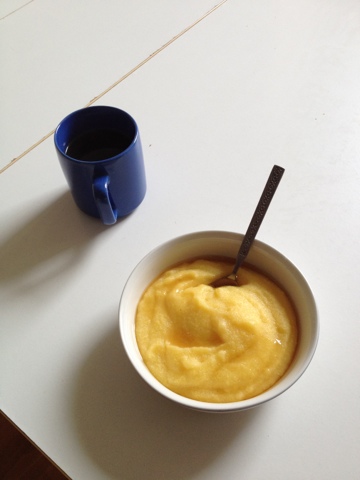 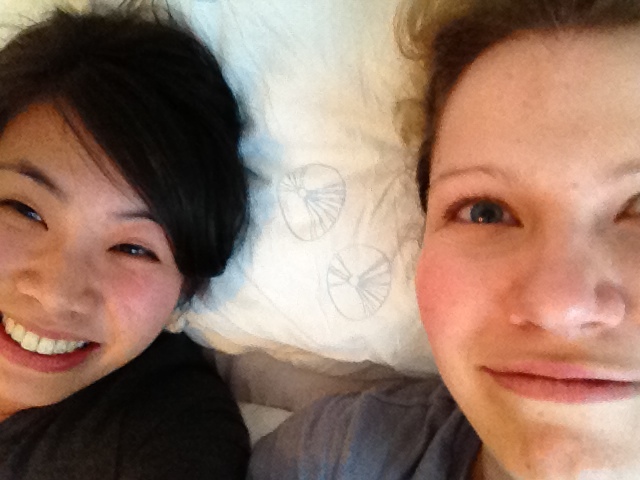 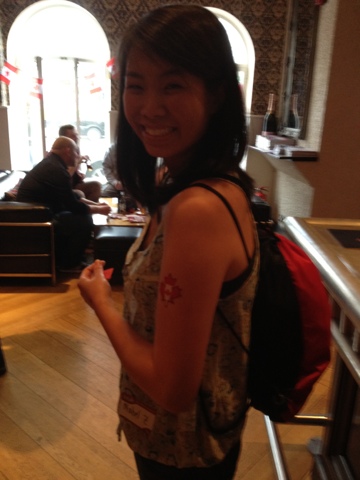